Why are we going to all this effort for a video series?

It's about creativity! At Stamp-n-Storage we’re serious about organizing your craft so you can unleash your creativity.  We’ve had the opportunity to meet the owners of some really great studios, and in our conversations with them realized that there is so much we could share with you to help you make your studio more functional.

No matter where you create, let your studio be an embellishment within your home.

Crafted Spaces is a project that began almost a year ago, but at the time we had no idea it would become this big of a deal!  Late spring of 2014, we received a substantial order for our product from a customer outside Atlanta, Georgia. As we worked through the details of her studio, it quickly became obvious that not only was this studio going to be stunning, but that this homeowner had spent a lot of time working through all the details of her craft space. 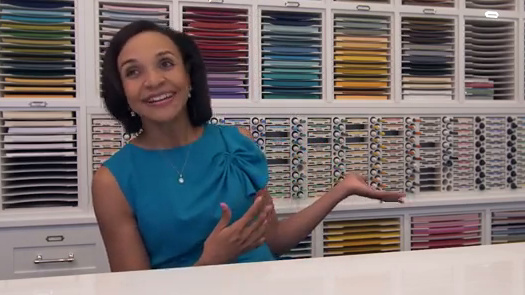 The studio’s owner is Keisha Charles and in her spare time she runs ThePaperMint.com.  At first, we asked her if she’d be willing to have a photographer stop by and take a few pictures when it was done. We thought these pictures would look great on our website. As the project came together, she started sending us pictures of the progress. We couldn’t believe how beautiful it was and we realized that only attaining the pictures wouldn’t be enough.  That idea didn’t last long!  We were going to need video to really capture it all. At this point, we thought we would take a quick tour, interview Keisha on camera, and put together a 5-10 minute video about her studio. This idea didn’t last long, either.
We knew Keisha had worked with an architect and a closet organization company, so we decided it would be great to talk to them while we were there, too.  We spent some time on the phone with everyone involved and quickly realized there was a LOT of great information and advice that these ladies had to offer.
What started as a simple photo shoot had now evolved into a full video tour and interviews with four people!
We visited Keisha in early November and spent nine hours in her studio.  She was an amazing host, and you will see in the videos just how nicely she had her whole studio set up for us. (What you won’t see, were the amazing fajitas she prepared for lunch! Yum!)
At that point, we had all the footage we needed, right?  A couple of videos would be quickly produced and released as a part of our Black Friday/Cyber Monday specials. However, as I considered all of the great advice these women offered, I knew we couldn’t cut that much out. I also knew there wouldn’t be time to pull it all together for a release before Thanksgiving. Well, the holiday shopping hit and we were buried with orders from Thanksgiving until mid January (Thanks for that!) During that time, circumstances developed which allowed us to tour not one, but two more studios!

There's something about Mary... 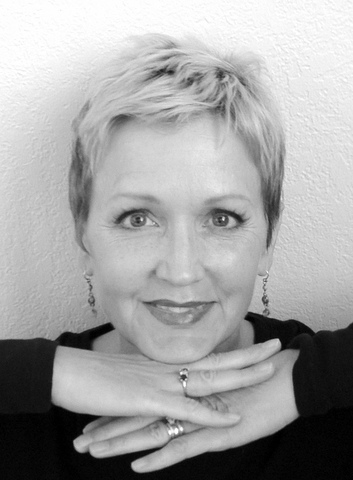 My parents spent the winter outside Phoenix, Arizona, and we decided to visit them over Christmas.  While I was considering the trip, I remembered that Mary Fish lives in Tucson, Arizona, just an hour away from where we’d be staying.  Mary is an affiliate of Stamp-n-Storage and a great supporter of ours.  She is a Stampin’ Up! demonstrator and her blogs Stampin’ Pretty and My Stampin’ Studio have a large following.  Mary moved into her current studio in 2014 and had talked to me about having a full studio video tour done.  She was having a hard time making time for it, and I realized we could kill two birds with one stone.  Why not visit Mary, tour her studio, and interview her for the video series?
I discussed the idea with her and she graciously agreed!  We responded by invading her home with all of the lights, cameras, and other equipment needed for an event like this.  The day quickly passed while we talked about studio design with her and her cabinet designer, Carol Bradley. (We also enjoyed some really good, freshly squeezed grapefruit juice!) 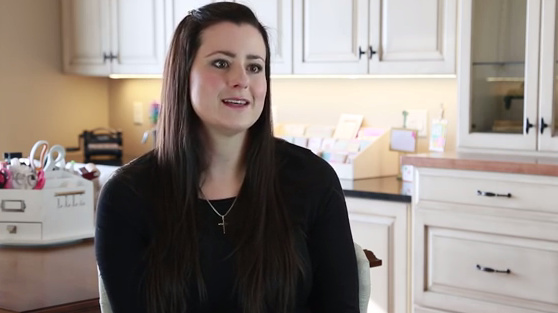 Shortly after returning from that trip, we received an order for quite a few items. It caught my attention the order was from Minnesota.  Not only was it from Minnesota, but the customer lived less than an hour away from our Stamp-n-Storage shop!  Since she was so close, it made sense to deliver her order personally.
That's how we met Mackenzie Fuchs.  She’s a mom, a student, and blogs for Do-All-Things.com.
When we delivered her product, we got to talking about her old studio and how excited she was to move into her new space.  When she offered to give me a tour, I quickly accepted. What I experienced was another beautiful space, and this time it was right in our own back yard!  After a little discussion, she said she’d be willing to not only allow us to interview her and do a tour in her new studio, but also photograph and record some video of her current studio. (That takes some courage!)

Now for the heavy lifting...

With the video footage all collected, the hard work began.  Reviewing all of it and deciding how to stitch everything together into a series that actually had a logical flow of ideas and content to be helpful to people was quite the project!  I’m not anything like a professional video producer, so I did it the hard way:  Every interview was transcribed with names and video time codes and organized in a spreadsheet.  Then, every quote was reviewed and grouped into categories of topics.  Within each topic, the excerpts were ordered to have an appropriate flow to the conversation.  Then, we wrote the script for my wife Mary to narrate all of the introductions, transitions, and endings for each episode.
Next, we picked out music, selected the animated transitions, spent a lot of time deciding on the name of the series, hired a graphic artist for the logo and graphics, and filmed all the shots with my wife Mary in her studio at our home. We put all of this content into the capable hands of Tony Smith of FRF Productions who turned it into a first-rate video series (He’s amazing, by the way!).
We hope that you enjoy these episodes and become inspired along the way! Yes, they are gorgeous rooms that are out of reach for most crafters, however, there’s something to be learned here for all crafters who want to make the space they’re working in a little more efficient and a lot more satisfying.
We're here to help you organize your craft and unleash your creativity.
Thanks for watching!
Brett Haugen
Founder
Stamp-n-Storage